Snus For Someone Who Bored with Smoking - Review Apa Aja

Home Daily Use Snus For Someone Who Bored with Smoking

Snus For Someone Who Bored with Smoking

Arif Tukang Review       Daily Use    Comment
Apa? Hello buddy how are you? how's the new year? fun? For myself, this year it's just normal, friend, there's nothing special, maybe because of the pandemic.
So it's great to be able to return to provide interesting writings on my blog, before that I want to ask who here has a hobby of smoking? well for those of you who like smoking, but feel bored in smoking, now there is a product that can change your smoking experience, the name of the product is Snus.

Snus? what is that?

Snus is a smokeless moist powdered tobacco which is a product from Sweden. In Indonesia, Snus is not yet popular because it is still less popular with cigarettes, that use the same ingredients as Snus. In Sweden, Snus has been very well known since the mid-19th century, which means that Snus has been around for 200 years and is still very much in demand today, so you could say Snus is a traditional product from Sweden.
There are two types of Snus, the first is in the form of moist powder (loose Snus) and the second is packaged in a tea bag (portion form), you can choose which one is suitable for you to use.

How to use the Snus

Of course you know how to smoke? Not many know how to use snus, So how do you use Snus? those of you who have never used it are certainly curious right? So using this Snus is very easy.
You just do it by placing it under the upper lip, making it less intrusive than cigarettes and smoking. It also doesn’t need to be spat out, making it much more hygienic, see how easy it is, right? there is no difference when using loose Snus and portion Snus.

What Snus brand u can choose?

After knowing how to use it, of course, you are curious about the Snus brand which is very popular in Sweden and even the world right?
One of the most famous is Shiro Snus which is a white Snus and has a mint flavor sensation, then there is Al Capone Snus which is a mini Snus that offers 4 kinds of flavors for Snus users (Vanilla, Chocolate, Berry, and Mint). Al Capone is more portable which makes it easy to carry everywhere and G4 Deep Freeze White Slim Snus, Lose Snus Wheel, Skruf Snus, and many other famous Snus brands in Sweden and you can get all the information about this Popular Snus Brand at Snusbrands.

So Snus is here for those of you who are bored with smoking but still can't get away from the name tobacco, and even Snus has been around for a long time and has been very popular in Sweden there. Besides that, Snus also has a lower health risk than smoking, besides that using Snus can reduce dependence on cigarettes.
So interested in trying out Snus pal? (RAA) 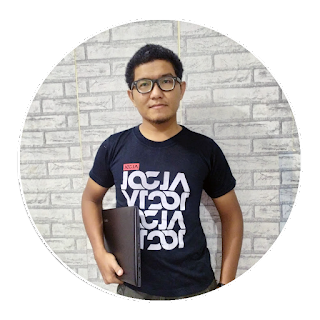